You are here:Home-Cosmetic Surgery-Advances in Penoplasty (Penis) Techniques, Cost & Recovery!

Did you know that Penoplasty is one of our most popular procedures ? Due to a lot of improved techniques, it is possible to achieve a penis enlargement or to do penile elongation surgery. This is ideal for people who want a longer penis or have the pathological micropenis condition which is when the male organ measures less than 7 cm in its erection, causing problems to penetrate the vagina, inseminate or give the sexual satisfying feeling of penetration.

The penis, as an organ, is formed by an external part, which is the one that is seen, and an inner part. The ratio between the two is almost 50%. When the goal is to lengthen the male organ, a small cut is made in the area to be operated and the suspensory ligament is restructured. The fundiform ligaments are not touched, so longitudinal stability is guaranteed. At the place of the extension, a new fixation is made on the anterior part, placing the own on the side, with special material and suture techniques. This fixation rectifies the internal structure, which was previously oblique and curved.

By rectifying the structure of the inside, it is possible to rectify the curvature and obliqueness, which combined result in an elongation of the male organ. This surgical technique neither touches nor alters the root, the area that binds the penis to the urethra, blood vessels, and nerves. The size of the elongation depends on the angle of inclination, the length of the symphysis (cartilage that binds the coxal bone) as well as the structure of the ligaments. The skin of the penis and scrotum is more than enough to cover the new part of the male organ, which is no longer. With this technique, no skin transplant will be necessary.

The girth enhancement is done with fat from the patient himself, through the so-called autologous fat transplant. Thickening is the most complicated step in the enlargement process, as many things must be taken into account to achieve a good long-term result.  If, for example, an inexperienced surgeon in this technique extracted fat and injected it under the skin of the male organ, it would be maintained at most for six months, then the body itself would degrade it. It takes a special procedure and skill to achieve a lasting thickening of the penis.

To achieve a good result, the patient must wear, for a week, a bandage placed using a special technique and with graduated pressure. Thickening with your own fat is usually combined with elongation.

The glans thickening operation is performed under local anesthesia. The glans will be greatly enlarged by this technique and its nerve endings, responsible for stimulation, will become somewhat insensitive (reduction of premature ejaculation). The glans maintains its natural shape, as it enlarges in its entirety. The thickening of the glans makes sense as a complement to the male organ enlargement and thickening operations described above. However, it cannot be done at the same time as these, but at least six months later.

The results obtained with the increase in diameter and perimeter are long-lasting, a percentage of approximately 45% of the injected fat is usually reabsorbed after 6-12 months. The remaining result is permanent. Sometimes it is possible to perform a second fat injection procedure, provided that at least one year has elapsed.

Where is Penoplasty Offered?

Results and Recovery from Penoplasty

Results may vary by patient but our surgeons indicate you can expect at least 1 inch or 2.5 cm and the recommended stay is at least 10 days in your destination to fully recover.

To view current pricing please click on the button above, and if you have any questions about these procedures please feel free to ask me or put your comments below. 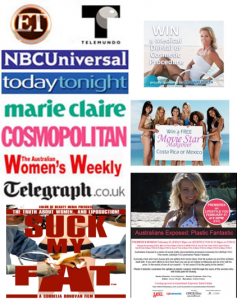